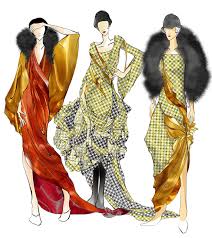 What an odd morning. Jim Naughtie, in a brilliantly Freudian spoonerism, managed to say the worst word in the BBC’s book live on-air whilst introducing Jeremy Hunt, Culture Secretary. And then the abovementioned Culture Secretary went on to speak at an event called ‘The Future of the Creative Industries’, in which the creative industries were barely discussed.

What was apparently happening, to the slight bemusement of some attendees (Crafts Council to my left, literary agent to my right), was the launch of ‘Britain’s Superfast Broadband Future’, a joint BIS and DCMS policy paper. Rather than discussing, as advertised by event host Reform, ‘his vision for the future of the creative industries’, Hunt explained the thinking behind the government’s plans for broadband rollout and upgrades.

In pondering the discussion afterwards, I was (still am) bemused as to how to analyse the announcements: on their merits as a plan for broadband rollout, or as the totality of the government’s vision for the future of the creative industries?

If it’s the first: I’m not an expert. Although I would say it looks like they are marginally prioritising spend on high-speed capacity for economic growth, rather than universal access – which is surely where the ‘Big Society’ emphasis would be.

If it’s the second: oh dear.

Digital accessibility is clearly relevant for many of the businesses and organisations that fall into the ‘creative industries’ bracket – in terms of reaching wider audiences, transacting and communicating online, exporting – and opens up other relevant questions for content producers, such as intellectual property protection in a digital environment. Joining Hunt on the panel, Peter Bazalgette (former chief creative officer at Endemol) mentioned more than once the notion that the new digital age presents a ‘challenge to the heritage business models of the content producing industries’ – which is probably the closest anyone came to addressing the topic as billed.

Whilst important, this is not the whole story for the future of creative businesses. To be clear, the current official list includes: Advertising, Art and Antiques, Architecture, Crafts, Design, Fashion, Film, Leisure software, Music, Performing Arts, Publishing, Software, TV and radio. These are not the only industries likely to be affected by faster internet.

What, if anything, does it signify that a discussion of the future for the creative industries revolved so narrowly around broadband capabilities? Because, although perhaps unintentionally, focussing on broadband as an economic enabler sends a very blunt message to those industries that can never be primarily digitally-based.

In short, it suggests that if it’s not music, media or broadcasting, its at best economically irrelevant, at worst, doomed.

In relation to that, Reform’s own narrow, media-focussed analysis of the Creative Industries in their recent booklet A Creative Recovery (see list of contributors here) was equally skewed. It now seems deliberately so to align with the forthcoming digital policy, or at least a ploy to persuade the Culture Sec to come and speak at a Reform event. A slightly Machiavellian approach and surely not one to earn them friends or credibility across the creative industries.

Perhaps they were just worried about the appeal of a discussion of this particular policy. The paper itself is a tad dry. Was this just a trick to lure ‘creatives’ into the room, bolt the doors, and then fill them with facts about IT infrastructure?

Or is this really all the government has to say on the future of the creative industries? Let’s hope not.

View all posts by jossbailey

Error: Twitter did not respond. Please wait a few minutes and refresh this page.